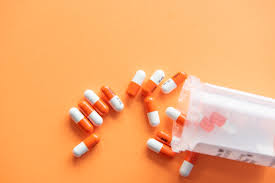 PCD Pharma Franchise In Madhya Pradesh - Are you interested in looking for the best PCD Pharma Franchise in Madhya Pradesh? Ventus Pharmaceutical is actively looking for interested candidates (wholesalers, medical representatives, distributors) in all the major cities such as Indore, Gwalior, Bhopal, Jabalpur, and Ujjain. Here at Ventus Pharmaceutical, we have our own ISO-certified manufacturing unit along with a network of distributions across India.

The increasing demand for pharmaceuticals is estimated to grow at a 17% CAGR rate in the next five years. The most demanded pharma range is the cardiac range, pre-diabetic range, and nutraceutical range. Ventus pay special attention to the demand patterns in the Indian market and covers all the demanded pharma range.

Also, there are plenty of perks of joining a PCD Pharma Franchise program offered by Ventus. You are getting exclusive monopoly rights, low investment, high return on investment, high-profit margins, affordable pharma range, and assistance in marketing & promotional strategy.

To be a part of the franchise by the leading pharmaceutical company in India - Ventus Pharmaceutical. Call us at +919216504338 or send us an email at girjesh@ventuspharma.com

In addition, there are five economic zones in the state. However, Indore is being the major commercial hub and other important cities like Gwalior and Jabalpur. It holds a great opportunity to start the business opportunity in the pharma sector as it has a big growing population and growing economy.

Ventus Pharmaceuticals Pvt. Ltd. is already running a successful PCD Pharma Franchise across India. We are focusing on all the major locations in Madhya Pradesh. Now, we would like to discuss the major key locations where we are offering our low investment yet high return Pharma PCD Franchise-

There are currently 53 districts in Madhya Pradesh. We are offering our services in the following cities -

However, if you want information about a particular city in Madhya Pradesh, you can contact us on the contact details mentioned below.

Why Opt For Pharma Franchise In Madhya Pradesh?

As you all are aware starting a business needs an investment, a hefty one. When comes to the product-based business, it needs manufacturing units, packaging, raw materials, and whatnot. Most of the people have the will but not the money. Here it comes to franchise, one of the popular business strategies. It has many highlights and pros over the traditional model of business.

Ventus Pharma has a long list of ISO-certified pharma ranges with affordable pricing. Also, the company has its own quality control and R&D department. Every formulation goes under strict quality check and matches the quality standard of WHO, ISO, AND GMP. Moreover, it is quite easy to acquire our pharma franchise and there are no targets to achieve. That’s why it is totally a hassle-free business opportunity for all the interested candidates in Madhya Pradesh.

Lastly, if you still have any queries for us, reach out to Ventus Pharmaceutical on the following details.

Q - Which company is the Best and most reliable PCD Pharma Franchise in Madhya Pradesh?

A - Ventus Pharmaceutical is the best and most reliable PCD Pharma Franchise in Madhya Pradesh.

Q - Is PCD Pharma good as a career option?